I left my Job 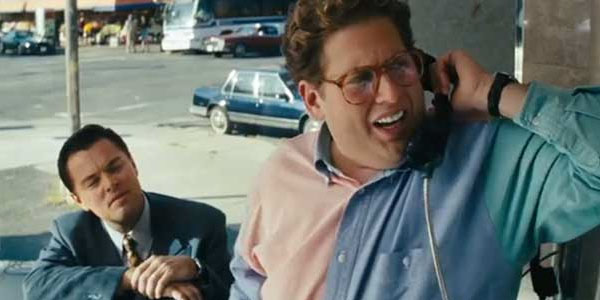 From the Wolf Of Wall Street Movie

Hi good folks, welcome to another episode of my life. I guess by now you already know the “thing” I said I was gonna discuss in my next post (this one), but for formalities sake (and for those who haven’t yet caught it from the title of this blog post)… I resigned from my job as a DSL focal point for the software development team at Cyphercrescent.

It was a hard decision for me, I mean I joined them straight out of college and have been with this guys for more than two years of my life. I know that’s quite a while… shey? 🙂 … most software developers/engineers I know don’t stay with a company that long. I stayed with them that long because of their awesome developer culture. I loved the fact that you could come to work everyday on a tee-shirt and a pair of jean, nobody cared, as long as you were performing they were fine with it, and let’s not forget the morning breakfasts and the Monday soft drinks 🙂 … it was really awesome. But like they say, “All good things come to an end” or was that a question from a lyrics of a song:”…flames to dust… lovers to friends… why do all good things come to an end…” (I can’t remember the name of the song right now)… even when we don’t want it to. I guess mine should have come to an end from day one – well day zero if you are using a zero-index based language 🙂 .

The thing here is that from my 300 level in school (I attended the great Uniben 🙂 ), I had always thought of and wanted to solve major problems that plague the African continent. A cool, better and cheap (don’t mind my cheap ass, gotta work with a low budget here… start small… hehehehe) way to provide some lasting solutions to these issues is through software. I decided to ply the “lonely and weird” road of software engineering because of my passion to solve these issues as fast and cheaply as I can. My journey into software development started right from my second semester (God bless ASUU for that four months strike… **smiles**) in the department of electrical/electronics, faculty of engineering at the University of Benin (Greatest Uniben 🙂 ). That was when I took up the courage to learn a programming language: JAVA, actually J2SE – almost everyone I know started programming from JAVA :), it must be that this coffee tastes so good… lol.

Eventually I wanted to created a social network startup like Facebook (I was influenced by the movie: The Social Network **smiles**… don’t we all wanna be rich and famous like Mark **smiles**). We even got featured in The Nations Newspaper… **smiles**…our own little fame… lol. Bottom line, the startup (we named the social platform PenMeNow) was a failure but we learnt a lot about software development, startups and human psychology; we also expanded our network and made new friends… even from the platform we had created 🙂 .

Now why am I telling this story, well the reason is because it was this failed startup that started my career and my Job with CypherCrescent. I had hoped that I would get an investment from a potential investor; we were already talking to our lawyers and he was heavily interested in investing about #xxxxx million Naira (hehehe, did you think I was gonna tell you the exact amount **smiles**) for about 15 percent equity (we really needed money then). That was the reason I came to Port Harcourt and ended up doing two years here. It sounds like I was serving out a jail term right (lol), well no I wasn’t. It was awesome all the way and I learnt a lot about how to run a startup 🙂 .

After-all said and done, I guess it is time (long overdue, anyway) for me to move on to other things. I will always remember CypherCrescent (and the lovely folks there – some of the smartest I have met in my life) and be grateful to that company for teaching me (“motivating” me) to learn a great deal about software engineering and how to effectively run an IT startup. It has been an awesome roller-coaster ride that I wished I will never get off (well, I would have had to get off at some point)… and it was worth it all the way. I hope to one day be remembered as one of the few people that started off the indigenous software industry revolution for the Oil and Gas industry in Nigeria and the African continent **smiles**.

Now I have finally left the company but then I guess, “no good deed goes unpunished…”. I have been offered a consultancy position with them (still in the pipeline, anyway). I was working on the query editor within the application; it has to do with developing a custom query language (more like a programming language) to pull data from the software. It comes with its own editor which I had to work on too. I will write about my experiences and the challenges I faced while developing it (It is really cool… I promise.. **winks**).

Open Source Community: Watch Out For Me

Coming Back From A Blackout